In this episode, my colleague Jordan Stern and I discuss general tips for improving ensemble intonation, including working to develop aural skills in students, exercises to improve pitch matching in the band, and common pitfalls. If you are interested in the exercises we discuss, you can get more information at www.tuningwithtechnology.com

Enter the giveaway at https://www.facebook.com/bandpodcast/

The final episode in my series with Robert Selaiden, fantastic band director at Leander High School.

More of my conversation with Robert Selaiden, incredible band director at Leander High School, as he shares what he wishes he knew earlier in his career. 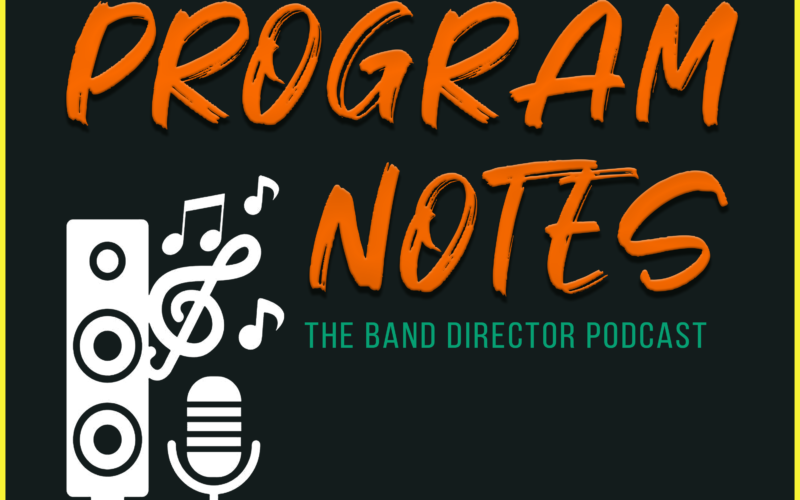 In this episode Robert Selaiden, incredible band director at Leander High School, shares what he wishes he knew earlier in his career.

The final part in our series with Mark Connor (composer, music educator, and podcaster extraordinaire). In this episode we talk recruiting, changing instruments, and other fun aspects of the band director life.

Mark J. Connor is a composer, conductor, and educator whose main focus is writing for concert band, with works appearing on several state lists. His band music has enjoyed performances at several state music educator conferences, including TMEA, and his music is published by RWS Music Company, Grand Mesa Music, and Alry Publications. ​

He also hosts an amazing podcast (Everything Band). Join us for our discussion about his perspectives in going back into the band directing world.